Who Do You Want To Be 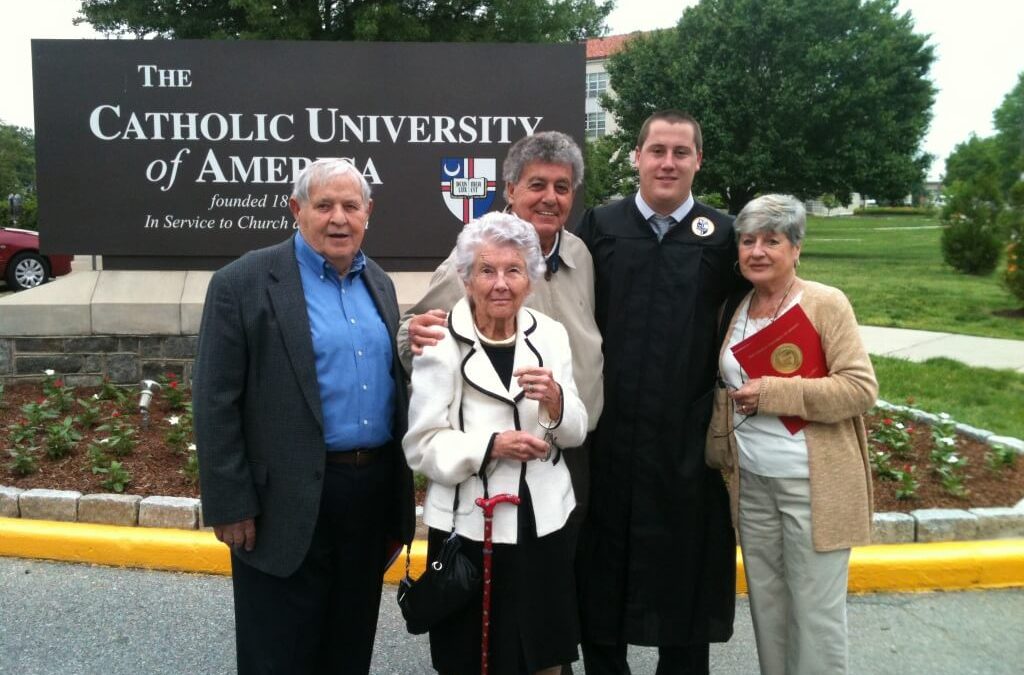 I recently attended my son Dan’s graduation from the Catholic University of America in Washington, D.C.  It was a celebration in many ways beyond the obvious significance of Dan’s accomplishment.  From my own selfish standpoint, it marked the graduation of our fourth child from college (not to mention two who have completed graduate school) and the elimination of an enormous amount of tuition.  But more importantly, it was yet another celebration of family and all the blessings a family can bring.  Much like the John Candy movie, Planes, Trains and Automobiles, our gang traveled from far and near to D.C. to honor Dan.  His sister Nicole flew in from Fort Lauderdale; his brother Joey took the bus from New York City and sister Andi boarded the train from Philadelphia.  Brother Pete, stuck in sunny Delray Beach, Florida, was with us in spirit and made sure he checked in with Dan to congratulate him.

My wife Julia and I were lucky enough to chauffer the Suburban (thank you John Hagan) with Dan’s four grandparents in tow.  How fortunate we are to have Bill, Bunch, Pete and Joan still able to not just attend, but to be a focal point in this celebration of family.  Although they would not want their individual ages revealed, collectively they approach 340 years young and counting.

The commencement address was given by Congressman John A. Boehner, Speaker of the United States House of Representatives.  As he stood on the East Portico of the Basilica of the National Shrine of the Immaculate Conception, his theme focused on posing the question to the graduates, WHO do they want to be, not WHAT do they want to be.  Fittingly, his talk was in the context of himself growing up in a large family.  The oldest of 12 brothers and sisters, Speaker Boehner mopped floors and waited tables in his family tavern in Southwest Ohio while putting himself through college.  With a strong legislative record of promoting excellence in education, he has also been an advocate and supporter of Catholic education.  Which brings me back to Dan and Catholic University.

What do you want to be when you grow up is a question we all confront, whether it is posed by our parents or something we simply ask ourselves as we progress through our developmental years.  Just prior to the start of the weekend, our family suddenly lost a dear friend, Frank Dykie, a/k/a Frank Drake.  Frank was like family and always took an interest in our children and what they were doing.  When we reached out to Dan to let him know that Frank had suddenly passed, Dan’s text message response was, “That’s such a shame, I’ll pray for him.”

Although our family has been raised in the Catholic tradition, Dan’s response was unique.  It was not the response I would have expected from my other kids or even my wife or parents.  But it was a response that quickly made me realize the value of the education Dan had received at Catholic University.  He had matured beyond expectation.  His words, though few, spoke volumes about the “who” he had become.  Compassionate, sincere, honest, strong, and grounded in his faith.  This was not the kid we dropped off four years ago.  And although Dan may not have fully figured out the road map leading to what he wants to be, he has resoundingly answered the “who”.

Catholic University has prepared Dan in a way few other institutions can.  The University has stood over the years, and stands today, as the center of Catholic intellectual life in America.  By compelling students to grapple more with WHO than WHAT, they have challenged their students to think rationally and to use their heart and conscience to guide their actions.  As Speaker Boehner profoundly stated, “There are no apps for these skills”.  Congratulations to Dan and thank you to Catholic University. 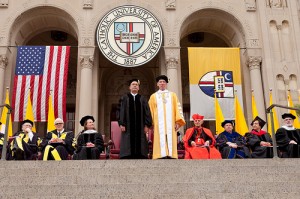