If Your Lawyer Was A Dog 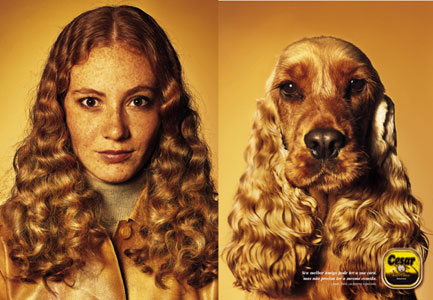 Anyone who knows the Stampone Family is familiar with our love of Doberman Pinchers. Studies have actually found that people can guess pretty successfully what breed of dog a person might own just by looking at the owner.  The studies also suggest that certain breeds of dogs are associated with particular kinds of people and their personalities.  The research however is debatable, and much like the old saying “don’t judge a book by its cover”, we probably should not judge a person by their dog – – but we do!

Consequently, studies aside, I am convinced in one way or another that your dog’s looks speak volumes about you.  In my opinion, in the same manner that humans are attracted to their mates, so too do they extend this selection process to their choice of pets.  A kind of “birds of a feather flock together” phenomenon.

So what does this have to do with your lawyer?  Probably nothing, but every time I am forced to watch another bogus late night cable TV commercial by some geek wanting to be my personal injury attorney, I can’t help but imagine what type of dog would this guy own. You know the commercials I’m talking about…. Guys that claim to be “Your Philly Lawyer”, others wearing cowboy hats, and worse yet, the classic bald guy with a thick mustache who preaches he’ll get you what you deserve.   How many of these forgettable characters have you been forced to watch over the years just because the remote is out of reach?

With thousands of hours of 2 a.m. TV viewing under my belt, I’ve yet to see a legal advertisement by the revered Doberman.  If I had to connect these TV attorneys to a pet, “Your Philly Lawyer” would be a poodle at best; the cowboy hat guy has to be a red boned Coonhound, and, the mustached preacher is just another hairy Yorki.

If I’m looking to hire a personal injury lawyer to really get me what I deserve and who won’t be intimidated by the insurance companies and their fancy over priced afghan like attorneys, I’m finding me a Doberman Pincher.  You don’t want to argue with a Doberman, who would dare?  These incredibly handsome, sleek, athletic, assertive and extremely intelligent dogs are the ultimate personal guardians.  Bred to have your back and live beside you as your right hand man, Dobies are fiercely loyal with an unwavering devotion to home and family.

So next time you’re looking for a lawyer, PAWS to consider, then call me and I’ll introduce you to my Doberman “Capo”.    That’s short for “Capo di tutti Capi”, boss of all bosses.  Capo spent the first nine months of his life being raised in the offices of Stampone Law.  He knows what it takes to get you what you deserve.

Yo Philly Lawyer, you’re no Doberman! 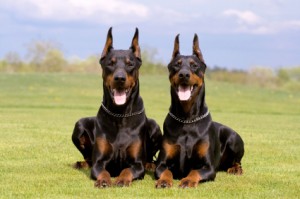