Yo Coglione! Be Happy He Only Cut Your Hair 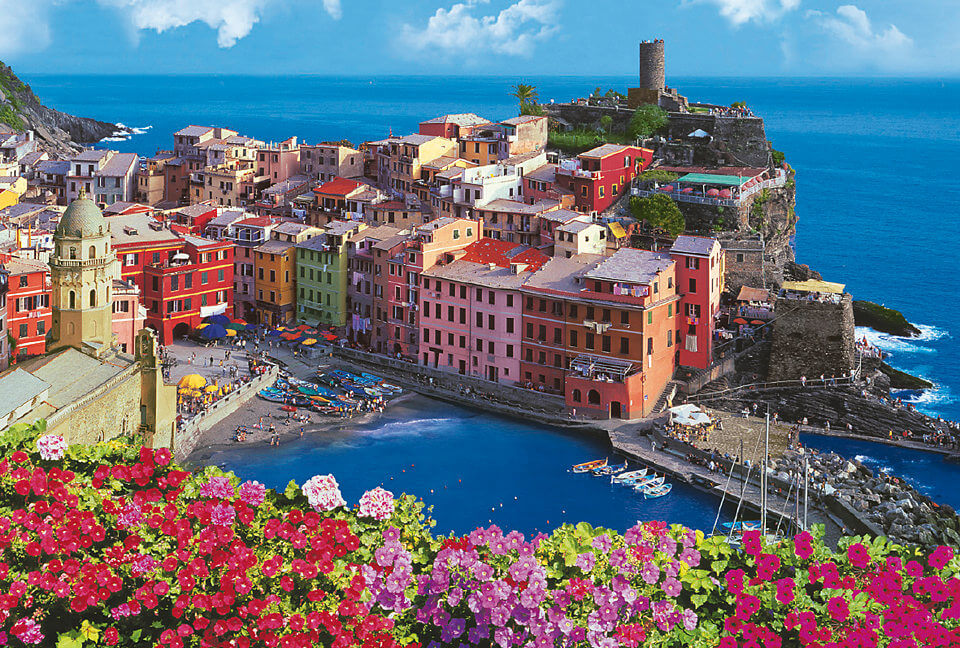 It was just one week ago I was taking a seat at Mario’s barbershop in Maple Glen when I noticed a calendar hanging on the wall with a familiar image on the cover. I did not envision the picture as most would perceive, but as I had remembered it; peering over lemon trees, rosemary bushes, and olive groves while engulphed in floral perfume looking down onto coral-colored buildings whose reflection subtly fluttered in the flawless blue sea.

I was brought back to reality when the guy in the chair next to me, upon pinpointing where my eyes had landed, interjected, “That’s the worst place in Italy.” Rather than telling him he was wrong I told him another truth, “Beauty is subjective”, to which the man shrugged his shoulders and returned to staring into the mirror, perhaps wondering if people viewed his beauty as highly as he himself.

I was incredibly fortunate to study abroad in Italy (upon dad’s insistence) during my Junior year of college and crossed a few items off my bucket list in the process: skiing the Swiss Alps (in my Flyers jersey); admiring the Statue of David (every time a friend came to visit); fishing the south of Spain complemented by views of northern Africa; and, drinking beer with thousands of Germans outfitted in lederhosen. As memorable as those occasions were, there is one image engraved into my memory. No, it wasn’t the jagged snow-capped mountains of Switzerland, the ancient relics from Italy’s renaissance period, priceless works of art crafted by Van Gogh, or the exotic fish (and women) of Italy and Spain, but rather a small coastal region in Italy, roughly an hour and a half from my apartment in Florence. Yes, the coastal wonder the shortsighted man in the chair next to me, on a miserable rainy day in suburban Philadelphia, decided to call the worst place in Italy. . . .CINQUE TERRE.

Cinque Terre, which translates to “Five Lands”, is exactly that, five small coastal towns comprised of Riomaggiore, Manarola, Corniglia, Vernazza, and Monterosso in the Italian region of Liguria. Cinque Terre is relatively inaccessible as the only way to enter the towns is via boat or train. Cars are not permitted in Cinque Terre so visitors are forced to decide whether they wish to hike from town to town or travel by train.

There are four hiking trails that connect the five lands. My friends and I walked “Sentiero Azzuro,” the Blue Trail, a popular cliff-side path that takes roughly four hours to navigate. The Blue Trail is the most aesthetically pleasing route beginning with “Via dell’ Amore”, an Italian Lover’s Lane, where you can’t help but notice the colorful love notes scrawled on trees, cliffside rocks and even the path itself. Via dell’ Amore is also a popular location for marriage proposals and I imagine it yields a high success rate. Please do not be fooled by Lover’s Lane as the difficulty level of the Blue Trail increases as you continue south. There are points along the trail, especially going from Vernazza to Monterosso, where the path becomes so narrow it results in a traffic jam of people analogous to a narrow bridge that can only permit one car to pass at a time. Similar to a bridge, if you fall from this portion of the trail you are likely to end up in the water, it is that steep. Appropriately, signs at the trails entrance urge you to wear suitable footwear.

Each town is registered on the UNESCO World Heritage List, a list of 962 properties forming part of the culture and heritage the World Heritage Committee considers as having outstanding value. Those who call Cinque Terre home radiate an old-world Italian style of living and slow pace while the visitors see a beach resort; neither is wrong. Again, no cars are permitted in Cinque Terre and many townspeople live off the surrounding land making nearly all of their products from scratch – green and sustainable long before the terms were popular. Monterosso, the final town, offers a sizeable beach outfitted with colorful umbrellas, beach-side shops and restaurants, and the Italian equivalent of the Wildwood boardwalk.

It is the totality of these cultural marvels that made me appreciate the beauty: Cinque Terre’s chameleon-like persona, the people, the architecture, the vegetation, the sea . . . and the food; my goodness the food. While catching our breath in Vernazza I refueled on red wine and Pesto, a native Ligurian sauce, while others enjoyed spiced octopus and stewed cuttlefish, each of which was likely caught just hundreds of feet from where we were seated. Did you really expect a Stampone to tell a story about Italy and not talk about the food?

After tipping my barber I began to wonder if I would ever see the man in the chair next to me again.  As I exited the shop I received a wink and a smile from the proprietor, Mario, a native Italian and very talented barber, who coincidentally had just given the worst haircut of all time. I doubt Mario or I will ever see that coglione again. 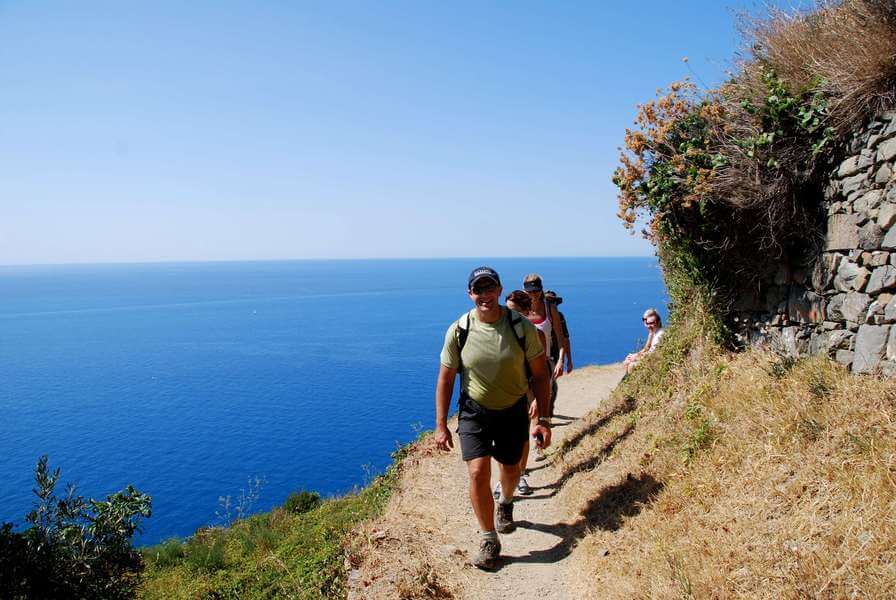 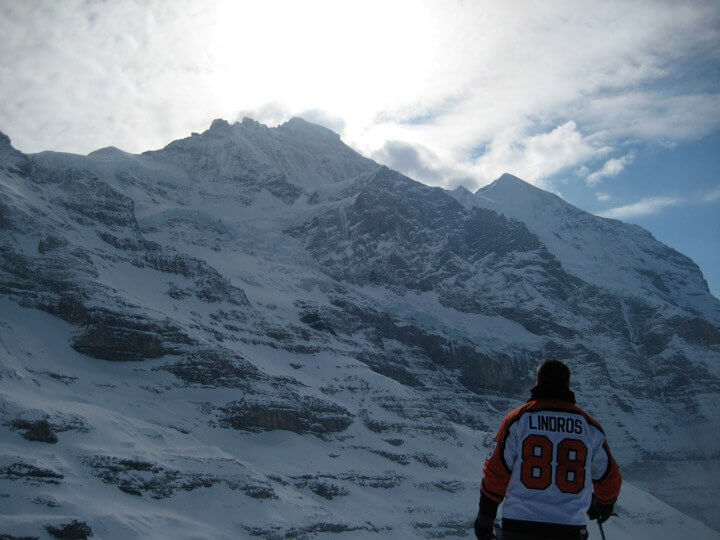