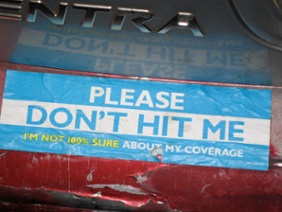 Unlike many other states in the country, the Commonwealth of Pennsylvania allows car insurance shoppers a choice between two options – a full tort option and a limited tort option.  Introduced as the Pennsylvania Motor Vehicle Financial Responsibility Law in 1990, the pros and cons of each option boil down to this: under a full tort option, drivers will not be limited in noneconomic damages (particularly pain and suffering damages) they can pursue when they’re the victim of an accident but will generally have to pay more expensive insurance rates.  Under the limited tort option, on the other hand, drivers can generally pay about 15% less in auto insurance rates but may be limited in the amount they can recover in noneconomic damages.  Even with limited tort you may still claim economic losses such as property damage, wage loss, and unpaid medical bills.

Still, there is one more (and very important) exception to the limit on noneconomic damages for purchasers of the limited tort option.  It’s the “serious injury exception” and is codified as 75 Pa. Cons. Stat. § 1705(d).  It’s still unclear what constitutes a “serious injury” for the exception to apply.  But, to put it generally, a “serious injury” is one that results in a fatal injury, a serious impairment of a bodily function, or a permanent and serious disfigurement.  In determining whether a serious injury exists, the judge or jury, according to Pennsylvania case law, will consider several factors including the following:

Reach Out to Our Attorneys Today

Some of the exceptions – such as whether the at-fault driver’s car was registered in the Commonwealth — are easily determinable and will clearly apply or not apply.  But other exceptions – such as the serious injury exception – are not so easily apparent.  Defense lawyers or insurance companies will fight tooth-and-nail to make sure none of the exceptions applies and you are limited in recovering noneconomic damages.  That is why you need deeply qualified and experienced attorneys on your side.  That’s why you need Stampone Law.