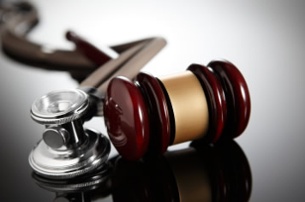 Who Is Responsible For Medical Malpractice

Doctors are not the only ones that face liability for departing from the standard of care owed to a patient.  The doctor’s support system may also be liable for medical malpractice; these individuals and entities may include:

Victims of medical malpractice may be entitled to recover several types of damages from healthcare workers and institutions held liable in court.  Compensatory damages are awarded for both economic and non-economic losses.  Economic compensatory damages include lost past and future wages and medical expenses.  Non-economic compensatory damages include pain and suffering.  In addition, punitive damages are sometimes awarded when a physician’s departure from the standard of care is so severe as to constitute wanton or reckless conduct that cannot be reasonably justified.

Reckless and Wanton Medical Malpractice Is Worse Than Negligence

Most departures from medical standards of care constitute medical negligence.  However, when the departure is especially egregious, the malpractice is categorized as reckless and wanton.  Because of the gravity of the breach of care, the Commonwealth of Pennsylvania makes the category of punitive damages available to malpractice victims.