More Than Life Itself

It’s rare in life that you meet someone who changes everything.  Someone who fills your heart with joy and gives you a reason to live.  Someone you can’t stop thinking about because just the thought brings a smile to your face.  Your wife, your husband, your children, and your parents all contribute to this unconditional emotion we call love.

On October 28, 2013, the Stampone-Zamulinsky circle of love was forever connected by the arrival of Stephen Joseph Zamulinsky, Jr., a very special gift.  Stevie Z, as he is affectionately known, was delivered by my daughter Nicole and husband Steve, in a bit of a surprise, 10 weeks early.  Nicole and Steve had followed the prenatal care handbook to a “T”, but at 31 weeks, Nicole had a sudden onset of HELLP Syndrome requiring the emergency cesarean delivery of a 3 lb. baby boy.  It was a scary day for all concerned as Julia and I were in Charleston, South Carolina attending Andi’s final collegiate soccer game (Drexel University 4 – College of Charleston 1) when we received a call about the emergency.  Immediately boarding a flight to Philadelphia, we had no idea what to expect upon landing.  You know the drill, all electronic devices off, seatbacks in their upright position, table trays up.  Three and a half agonizing hours later, wheels on the ground, Julia’s cell phone lit up with the news of Stevie’s arrival as well.  By the time we got to the hospital, a waiting room full of family including great grandparents, grandparents, aunts, uncles, brothers, sisters, cousins, in-laws, and Nicole’s longtime friend Kim Fogg, were already present to support Nick, Steve and Stevie.  Numerous others would arrive within hours.  Our circle of love had surrounded Stevie before he even had a name.

The initial weeks in the Neonatal Intensive Care Unit were tense and unsettling because of the baby’s weight and his pulmonary and heart issues, but these problems proved no match for this soon to be “bull” of a baby.  After five weeks in the Bryn Mawr Hospital NIC-Unit, Stevie was released into the Stampone-Zamulinsky family, and I can truly say life will never be the same.  Stevie’s escape from the NIC-Unit was quicker than anticipated – – in part due to his genetically guaranteed power eating appetite.  Doctors and nurses were overjoyed with his rapid progress.

For Bill and Mary Z, this was their 15th grandchild, veteran grandparents, wonderful loving grandparents to all 15.  For Julia and I, this was Numero Uno!  (Need to teach grandson Zamulinsky some Italian).  This was unfamiliar territory for us, with new responsibilities and lots of traditions to pass on.  Having raised 5 children, you would think this is more of the same, but it’s not, it’s different, inexplicably different.  As a grandfather, I have it easy, Grandmom is the useful one, the one who spends those first weeks reassuring the new parents they are doing everything right.  The nurse, the cook, the go-to babysitter, for all intents and purposes, the best nanny money can buy.  Me, I just have to show up, toss him in the air, snap some photos, shoot a few baskets, and buy him his first baseball glove.  Boy, I love my job!

Almost 16 months have now passed, and there has not been a day I haven’t thought about Stevie, looked at his photo, or wanted to hug him.  I recently reminded Julia of a post I wrote a couple of years ago about Roseto, Pennsylvania, a small town founded by my great grandfather, an Italian immigrant.  The lesson of the Roseto story is how the people were able to live long healthy lives with no heart disease primarily because of their lifestyle – the emphasis being their focus on what really matters – family and friends.  They had insulated themselves from outside pressures of a fast world and somehow had extended their own lives.  No one dies of heart disease in Roseto.  I recalled the Roseto story with Julia because most homes were occupied by 3 or more generations under one roof.  My brothers and I were lucky enough to be raised in this very type of household and I have such vivid memories of my grandparents being more than grandparents; they were surrogate parents.  It has taken 60 years, but it all makes sense now with the arrival of Stevie.  How special it would be if I could come home to him every day.  But the world has changed, and that is not the American Dream, only my dream.  And fortunately, we get to experience that same satisfaction every weekend at the Jersey shore when we have just that, 3 or 4 generations under one roof.  Cooking, eating, playing the harmonica, splashing, all in harmony, all within our circle of love.

Being grandparents gives you a second chance at being the parents you wish you were.  Being more patient, less distracted, more fun, more attentive and not sweating the small things.  But for me, the most amazing thing is how much you can learn from someone who has an entire vocabulary consisting of “nana”, translates to banana.  (Nicole tells me Stevie can say dozens of words, but the only discernible one for me has been his food reference – who’d a thunk it.  We are working on “meatball”).
But I digress.  My point is, Stevie doesn’t care how you’re dressed, what you look like, whether you have brought him a gift or anything else material.  He’s just happy to see you and touch you.  He reaches for a hug not a handout.  There is no better feeling in the world than this little man running across the room, arms open for a hug and kiss.  So uncorrupted, so simple, so pure.

For me, the story of being Stevie’s Grandpop has not yet been fully written, lot’s still to do.  Babysitting, going fishing, having a catch, maybe even Disneyworld; but one thing’s for sure Stevie, “I love you more than life itself”. 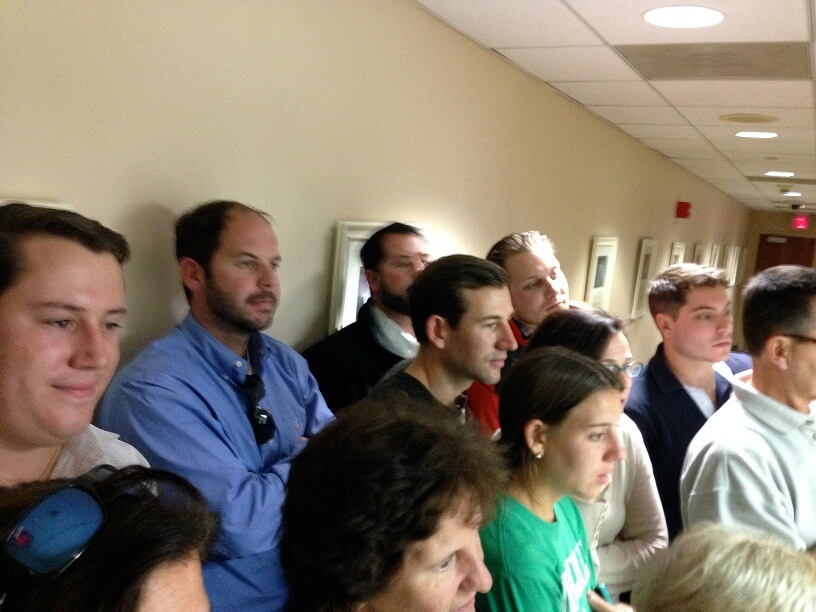 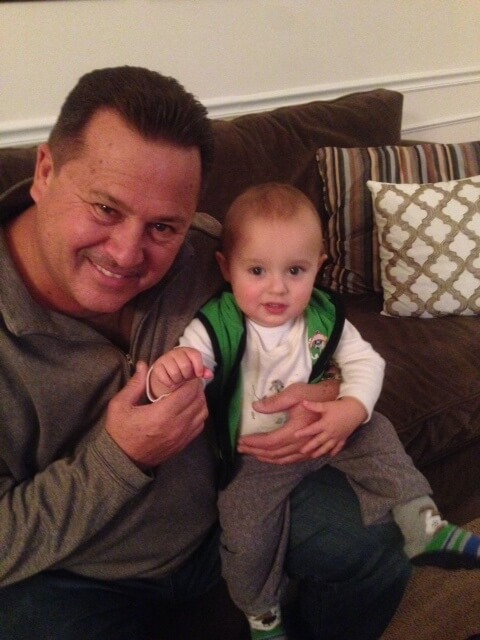 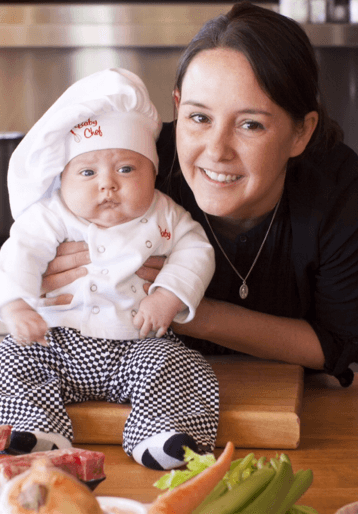