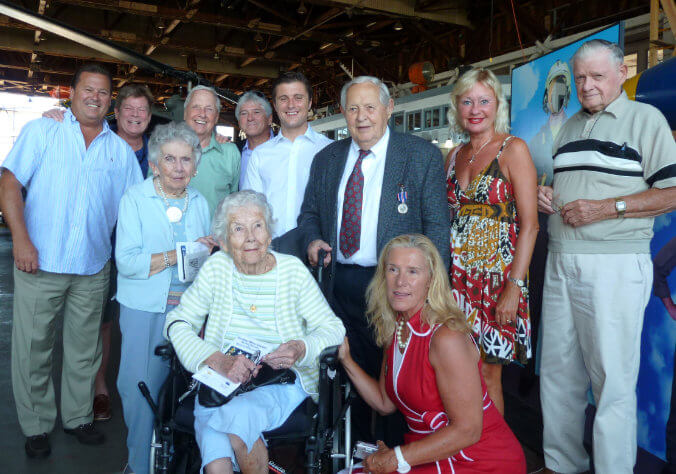 We were so lucky to have Uncle Joe in our lives for so many years. Sadly he passed away yesterday at the age of 87. Joe was the younger brother of Julia Stampone’s father, Bill.

Joe was an icon in the Philadelphia legal community. He began his career at White and Williams in 1958 and continued to work every day until his passing. He had served as the firm’s Litigation Department Chairman and was a member of its Executive Committee. He was a veteran trial lawyer who became Chancellor of the Philadelphia Bar Association in 1981. He also served as President of the Pennsylvania Defense Institute; President of the Lawyers Club of Philadelphia; and Fellow of the American College of Trial Lawyers and American Board of Trial Advocates. He was also former Vice-Chair of the Pennsylvania Supreme Court Rules Committee.

But beyond his many legal accomplishments he was “Uncle Joe.” A gregarious role model, who inspired many family members to go on to the practice of law. He always showed interest in what his many nephews and nieces were doing in their lives and was truly just a nice man.

No one was more respected in the family and legal community than Uncle Joe. For me, he was a mentor and friend. He personally moved me for Admission by the Supreme Court of Pennsylvania to the Bar of the Courts of Pennsylvania on May 5, 1981. He will be missed but fondly remembered. 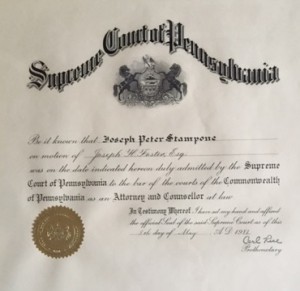