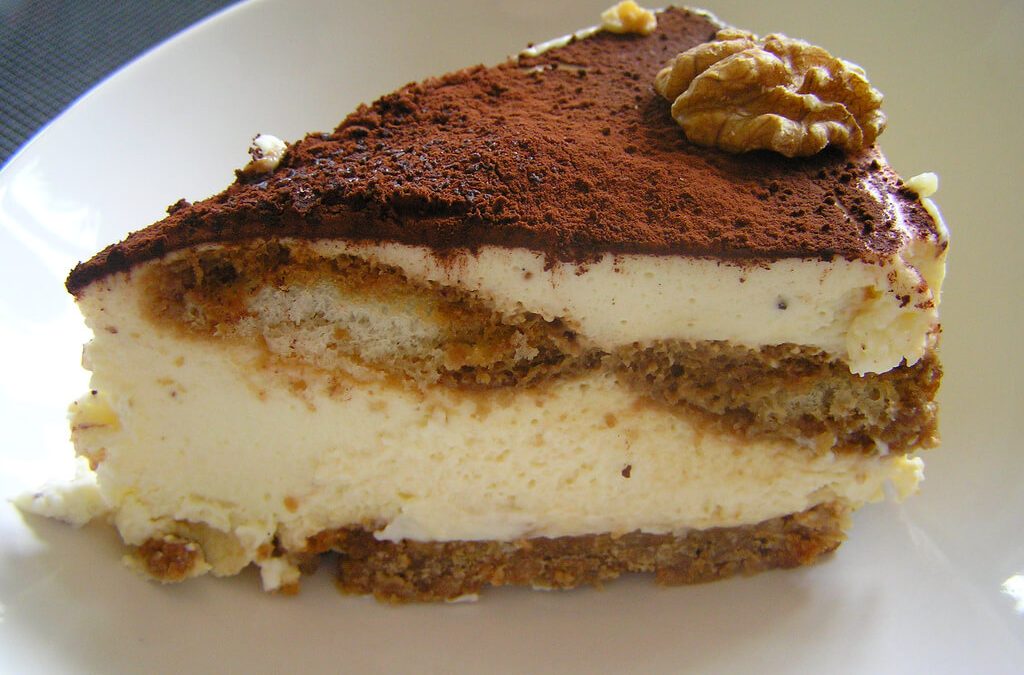 Italians know how to have their dessert, coffee and nightcap all on one plate — TIRAMISU. This recipe is quite easy, but you must use the best ingredients.

Beat heavy cream, mascarpone, vanilla extract and sugar in a mixing bowl with an electric mixer until it holds soft peaks.

Stir the coffee and brandy together in a separate bowl. Dip a few of the ladyfingers at a time in the coffee mixture for a second or two. Moisten them – do not soak them. Line the bottom of a 9 x 13-inch baking pan with the dipped ladyfingers. Spoon half of the mascarpone mixture on top of the ladyfingers and smooth out in an even layer. Sprinkle some cinnamon and a generous layer of cocoa powder over it. Make another layer of dipped ladyfingers and place on top of first layer. Spoon the rest of the mascarpone mixture over the ladyfingers and sprinkle a layer of cinnamon and cocoa over that. Make up to a day in advance and keep in the refrigerator. Serve cold right from the pan. Makes 12-15 servings.