PA Workers’ Compensation Act – What You Need to Know 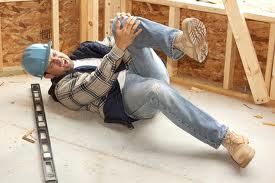 The Pennsylvania Workman’s Compensation Act, titled Act No.338, became effective June 2, 1915;  injured employees gave up their Common Law right to file suit and employers gave up their Common Law defenses of contributory negligence and other defenses.  This law was passed in response to the long delays in common-law suits that extended, at times for years, leaving the injured worker without income.  Under the Act, the employer is immune from liability.  The Worker’s Compensation Act is the employee’s remedy; there is the ability to file suit against a third party, who has caused the injury, while the employee was in a work status. Note that the original title was Workerman’s Compensation Act, later amended to be gender neutral.

The PA WC Act is remedial legislation to be liberally interpreted and the benefit of doubt should fall in favor of the injured employee. The Commonwealth of PA is a wage loss state, and the provisions of the Act address compensation for temporary total disability, partial disability, amputations and loss of use, durations, limitations, medical benefits, death benefits, burial expenses.  Worker’s Compensation includes Indemity (wage loss) and Medical Benefits.  There is no provision for compensation for pain and suffering.

The “Statewide Average Weekly Wage” provision, effective May 1, 1972 set compensation at 66 2/3% of the employees wages, not to exceed the State Wide Average Weekly Wage, which changes January 1 of each year.  The 1972 Amendments were sweeping, Procedural (April)  and Substantive (May), amendments to relieve the onerous burden of a $60 a week compensation rate, (the Act, as amended in 1968 and in effect at that time) regardless of the employee’s weekly wage, and the automatic supersedeas provision of the Act, where the employer/insurance company unilaterally cut off benefits, which provision was declared unconstitutional because it denied a injured employee due process and property rights.  The statute of limitations was extended to two years in which to file a claim, and in 1978 extended to three years. The 1972 amendments established that the Workers’ Compensation Referees were final triers of fact and no longer subject to the rules of the Workers’ Compensation Appeal Board; and holding as such by the Commonwealth Court in the case of Universal Cyclops. A decision issued by a Workers’Compensation Judge cannot be overturned except for disregard of substantial competent evidence, or error of law.  The Judge is the trier of fact and the final fact finder.  Act 44, also changed the title Workman’s Compenation Referee to that of Workers’ Compensation Judge, and also established the cost containment provisions.  The procedural amendments also placed the Referees, now Judge, under Civil Service, with requirement for testing. Those who held the position at that time were grandfathered in; all candidates for the position after April 1972 were and are required to pass a written civil service test, followed by an oral interview.

Most disabled workers are afforded wage loss/indemnity benefits and medical benefits, and if, after a return to work, they suffer a residual disability and a wage loss, the injured employee continues to receive partial disability benefits, in addition to the lower return to work wages, and medical benefits.  If a return to work with no wage loss, but with residual disability, the employee continues to receive medical benefits which falls under the provisions of a Suspension of Benefits, which can run for 500 weeks.  With the benefit of doubt to be construed in favor of the employee, it should follow that greater weight be afforded the medical opinions of an injured worker’s treating physician, but, the history and complaints presented to that physician should be consistent with the injured employee’s testimony, and further, provided the Judge accepts the employee’s testimony as credbile.

When one reviews the Labor and Industry yearly reports of statewide work injuries, one sees that  the controverted claims amount to about 12-14% of all work injuries.

Act 57, effective June 23, 1996, was thoroughly debated by the Governor’s Task Force established a year prior, to study the WC Act and recommend amendments to the Legislature.  The task force was comprised of representatives from the Insurance Industry, Chamber of Commerce, Unions, Claimant Law Firms, Defense Law Firms,  the Labor and Industry Liaison, sitting as ex officio for the Secretary of Labor and Industry and four Workers’ Compensation Judges.  During the debate, particularly concerning Impairment Rating Evaluation, the Chamber of Commerce and the Insurance Industry wanted a 75% threshold; Labor wanted a 25% threshold.  Those parties compromised at 50%, for total disability, which some of us on the Task Force thought placed a high burden on an injured employee, when you consider that amputation of the leg at the hip is a 49% disability as set forth in the AMA guidelines, 4th Edition.  There remains a provision for commutations of benefits, with jurisdiction resting with the Workers’ Compensation Appeal Board, which are little used as a result of the approval of Compromise and Release Agreements (settlements), approved by a Workers’ Compensation Judge, which have greatly benefited injured employees to move on with their life with lump sum or structured settlements, so as to provide the injured employee with sufficient funds.  Attorney fees are capped at 20%, and have been so, since 1978.  Subsequent to the effective date of Act 57, the Commonwealth Court held that the provisions of the Act are constitutional.

Some  attorneys seek to obtain a favorable decision, after hearing and trial, for the Claimant (injured employee) so that Claimant has a continuing source of income for extended periods of time, rather than move cases to Compromise and Release Settlements, and in the ensuing time frame building up the “specials” to increase eventual settlement value.   And some attorneys seek to settle all cases as quickly as possible so as to provide the Claimant with a lump sum payment.  Trying the case to decision is not always the best solution where the claim is controverted and the hearing/trial procedure does not allow for a decision until almost a year from filing; governed by the Special Rules of Practice and Procedure before a Workers’ Compensation Judge.

As attorneys skilled in the area of obtaining our clients favorable Workers’ Compensation decisions, Stampone Law will work with you to explain your options in regards to getting you the compensation you deserve in the manner that benefits you the most. If you or a loved one has been injured at work, contact Stampone Law today for a free consultation with one of our attorneys.