Internet Defamation – Can You Sue an Anonymous Poster? 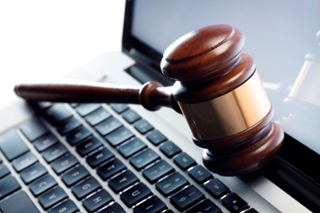 Think Before You Hit ‘Send‘ – Internet Defamation by Anonymous Posters

Nobody would argue the internet has not changed the world in a vast number of ways, including how the world does business and the way people interact with each other on a daily basis. For all the positive ways the internet has increased the flow of information, efficiency in the workplace, and allows families and friends spread across the world to stay connected via the push of a button, there are equally negative examples in which the internet has brought out the worst in people and society.

American courts have often punted on issues of law related to the internet, sometimes waiting for the U.S. Supreme Court to make rulings on these novel approaches to age-old law. One of the most interesting aspects of this is the ability of anonymous posters to review businesses on internet boards. Unhappy customers or current and/or former disgruntled employees are those most likely to post negative reviews or comments. Negative reviews can be warranted in many circumstances, however sometimes words used online can meet the definition of defamation and allow the subject of the negative commentary, whether a business entity or an individual, to bring a civil defamation action seeking monetary damages if their reputation has been damaged in the estimation of the community to deter third-persons from associating or dealing with the plaintiff, or causes a diminution of business.

In general under Pennsylvania and New Jersey law, to prove defamation a plaintiff must show that the defendant, without privilege, published false and defamatory content of and concerning the plaintiff to at least one other person, and as the result of the defamatory publication the plaintiff’s reputation was damaged in the esteem of the community which caused special (loss of business or documented emotional damage) or general damages. The plaintiff also has to show that the defendant was at least negligent in its publication (opposed to an intentional publishing of false facts), except in a few scenarios where there is no need to prove special damages and general damages are presumed.

Traditionally, cases were brought against newspapers or individuals speaking (slander) or writing (libel) false and defamatory statements of and concerning the plaintiff. More recently, the inventions of the radio, television and the internet caused the lines to blur. Any person, including today’s media-crazed adolescents, can take to the internet to lash out at anyone and anything.

The Intersection of Defamation and the 1st Amendment

People have a right to free speech. People have a right to post anonymously on the internet. However, people do not have the right to make false statements of fact about others or their businesses which damage their reputation in the eyes of the community or the business’ performance, whether anonymously or not. The courts in New Jersey and Pennsylvania have attempted to balance a defendant’s 1st Amendment right to anonymous free speech against an injured plaintiff’s right to seek a remedy under state law.

The main issue for the courts in these cases has been whether the plaintiff’s attorney can subpoena the defamer’s identity from the Internet Service Provider (ISP). Most people are reluctant to post anything defamatory under their own name, which is where fictitious names enter the picture. Most people believe they can post anonymously or pseudonymously without repercussions. They are incorrect: any good lawyer should be able to identify an anonymous poster and bring civil actions against them, granted the plaintiff’s case is legitimate and meets the elements of defamation.

The Pennsylvania Superior Court, in 2011, adopted a modified test to determine if the injured plaintiff has met the burden of proof to allow their attorney to subpoena the identities of anonymous or pseudonymous posters. The case which announced this modified test was Pichelsky v. Gatelli, 12 A.3d 430 (Pa. Super. Ct. 2011).  That Court stated four parts to the test: (1) the anonymous defendant must be sufficiently notified of the pending suit; (2) plaintiff must present sufficient evidence to establish a prima facie case for all elements of a defamation claim which would survive a summary judgment motion; (3) the plaintiff must submit an affidavit stating that the ID of the anonymous defendant is sought in good faith, is unavailable by other means, is directly related to the claim, and is necessary to secure a remedy; and (4) the court must balance the defendant’s 1st Amendment rights against the strength of the plaintiff’s case.

Not every negative review or post that hurts a person’s feelings is actionable. There must be a strong, good-faith argument to disclose the identities of anonymous posters in order to bring a defamation action against them. This serves as just another example to the adage, which may be headed towards the “age-old” category: Think before you press ‘Send.’