Trampled: The History and Dangers of Black Friday in Philadelphia 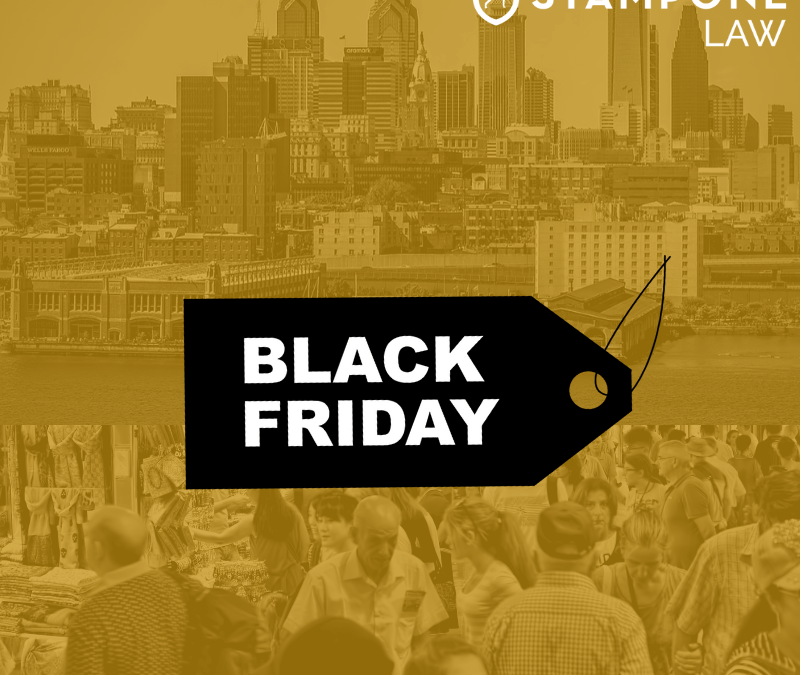 For people of a certain age, once platters are cleared and the Thanksgiving turkey has been devoured along with second helpings of Grandma’s pumpkin pie, a plan of action is formed. Coupons are clipped and routes are mapped out to the big box stores opening their doors early to eager shoppers clamoring for the ultimate holiday deal. Black Friday is an American tradition, a tangible symbol of our capitalist-driven society at its apex. But did you know that the origins of this informal holiday’s namesake has nothing at all to do with the bottom lines of the retail giants being “driven into the black” by a tidal wave of additional sales? While that interpretation has become more widely adopted in recent decades, the etymology of the phrase “Black Friday” can be traced back to inauspicious roots right here in Philadelphia circa the early 1960s.

A deep dive into the archives of the Inquirer tells us that the modern incarnation of “Black Friday” was first coined by the Philadelphia Police Department, as officers used the term to describe the heightened traffic, crowds, and general craziness experienced in the city immediately following the conclusion of Thanksgiving. (Prior to that, the expression was linked to several economic collapses of great magnitude, most famously the devastation of the U.S. gold market in 1869.) The PPD’s meaning of Black Friday was quickly adopted by the city’s disgruntled cab drivers and business owners, because as one Gimbel’s sales manager explained to the Associated Press in 1975, “They think in terms [of] the headaches it gives them.” It wasn’t until the 1980s, often considered this country’s most commercialized decade, when retailers co-opted the phrase and began using it in reference to the great sales holiday that we’ve grown accustomed to today.

As shoppers over the years became more overzealous and bloodthirsty, the holiday evolved into a punchline (no pun intended) for spontaneous violence – all in the name of securing the coveted big screen TV, Cabbage Patch doll, or other item du jour of the season. Thankfully for those of us living in Pennsylvania, our state is among the least violent on Black Friday according to the FBI’s Uniform Crime Reporting Tool. New Jersey, however, is among the top 20 states for violent crimes committed on Black Friday. Just two years ago, a 21-year-old man was killed in a shooting that occurred on Black Friday at the Hamilton Mall in Mays Landing. Over the past 10 years, there have been 10 confirmed deaths resulting from Black Friday madness and hundreds more suffered various injuries reported to authorities.

The trampling death of one unfortunate soul at a Walmart on Long Island, New York in 2008 spurred the U.S. Department of Labor’s Occupational Safety and Health Administration (OSHA) to issue a brand new set of rules for stores to adhere to during Black Friday hours and beyond. OSHA’s Crowd Management Safety Guidelines for Retailers puts the ownership for your safety on the big chain stores under the theory of “premises liability.” In certain cases, shoppers may have grounds for making claims against franchise owners for contributing to any injuries for failing to keep their store safe under OSHA’s guidelines. If you or a loved one is injured over the holiday season, do not hesitate to consult our firm of talented and caring attorneys to explore what appropriate legal action can be taken.