Justice for Walter Wallace, Jr., His Family, and the People of Philadelphia 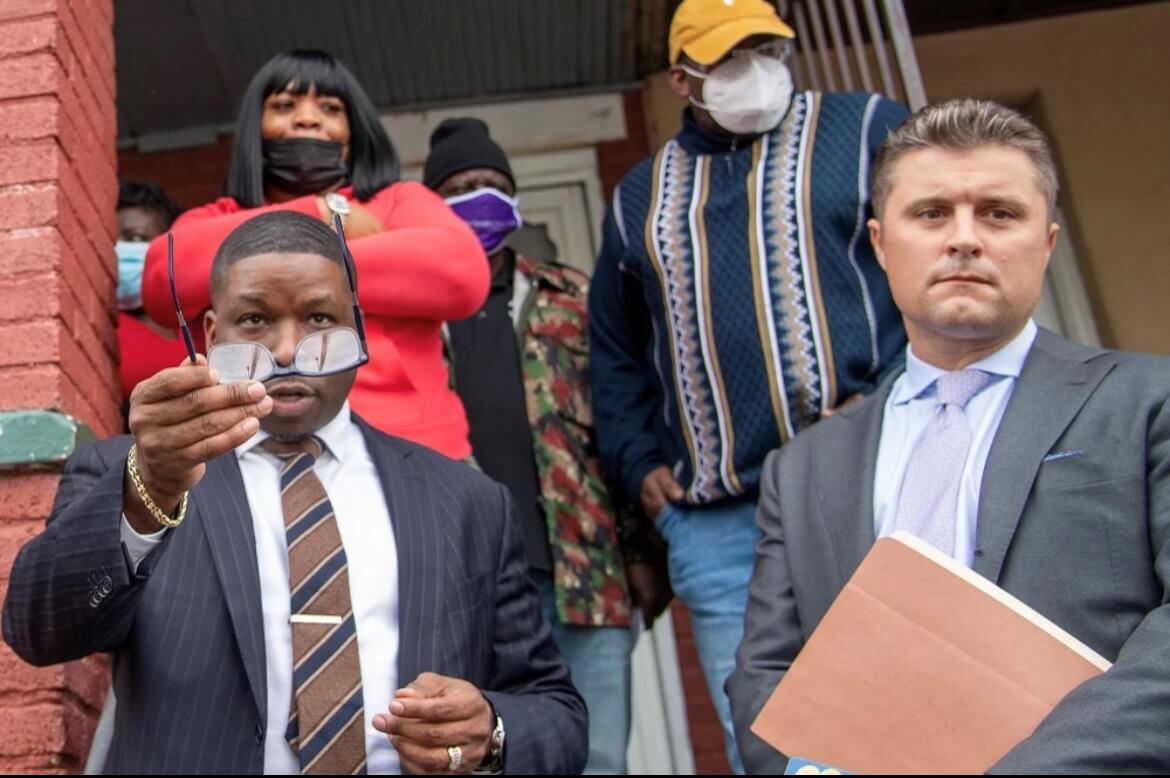 HISTORIC MULTIMILLION SETTLEMENT IN POLICE SHOOTING: On October 26, 2020, two Philadelphia police officers shot and killed Walter Wallace, Jr., a Black man in the midst of a mental health crisis, in front of his family. Tensions, at this time, were already high following the murder of George Floyd just five months earlier in Minneapolis. Wallace’s murder set off a powder keg of righteous anger throughout communities across the country including Philadelphia, leading to protests, riots, and violent conflicts with the police. The Philadelphia Police Officers who shot and killed Wallace were not equipped with tasers at the time of the shooting.

The Wallace family immediately enlisted the help of attorney Shaka M. Johnson, of the law firm Shaka M. Johnson, Esquire, and Johnson’s partner firm, Stampone O’Brien Dilsheimer Law to find justice for Wallace, Jr. and encourage the city to respond peacefully. Attorney Kevin O’Brien explains, “The family called for the city of Philadelphia and the country to protest peacefully in the name of their son so that they could achieve positive social change. Paramount to them was that Mr. Wallace’s memory was being honoured and that the family’s wishes were being followed. They discouraged those who were just out to damage property and didn’t care about the family’s opinion.” Both law firms supported the family’s calls.

Through an established history with prior cases, both law firms were aware of issues with the city of Philadelphia’s taser program. In fact, in 2015, the US Department of Justice issued a report that criticised Philadelphia’s taser program, stating that the Philadelphia Police Department did not have a sufficient number of tasers for their police officers. This established a starting ground for both firms’ investigation—when the police encountered Wallace Jr. in the midst of a mental health crisis, they did not have the ability to use something other than a firearm to make an arrest and keep both the public and the individual safe.

Together, The Law Offices of Shaka Johnson and Stampone O’Brien Dilsheimer focused the heart of their case on what the family wanted most from Wallace, Jr.’s death: progress and positive reform with the goal of enacting positive change for the future. The firms locked on to the single most important fact of the case: deadly force was not warranted. So why was it used? What actions did or did not take place leading up to that day that could have saved Wallace, Jr.? O’Brien elaborates “The reality is that tragedies are not the single result of individual actions. Rather, they occur because of the decisions of policymakers a long way from the Wallace family home. We believed and were able to show that the events that led to Mr. Wallace, Jr.’s shooting and tragic death in October of 2020 had been set into motion long before his mental health crisis. Had the police officers been equipped with tasers, Mr. Wallace, Jr. would still be here and would be a husband to his wife and a father to his children.” 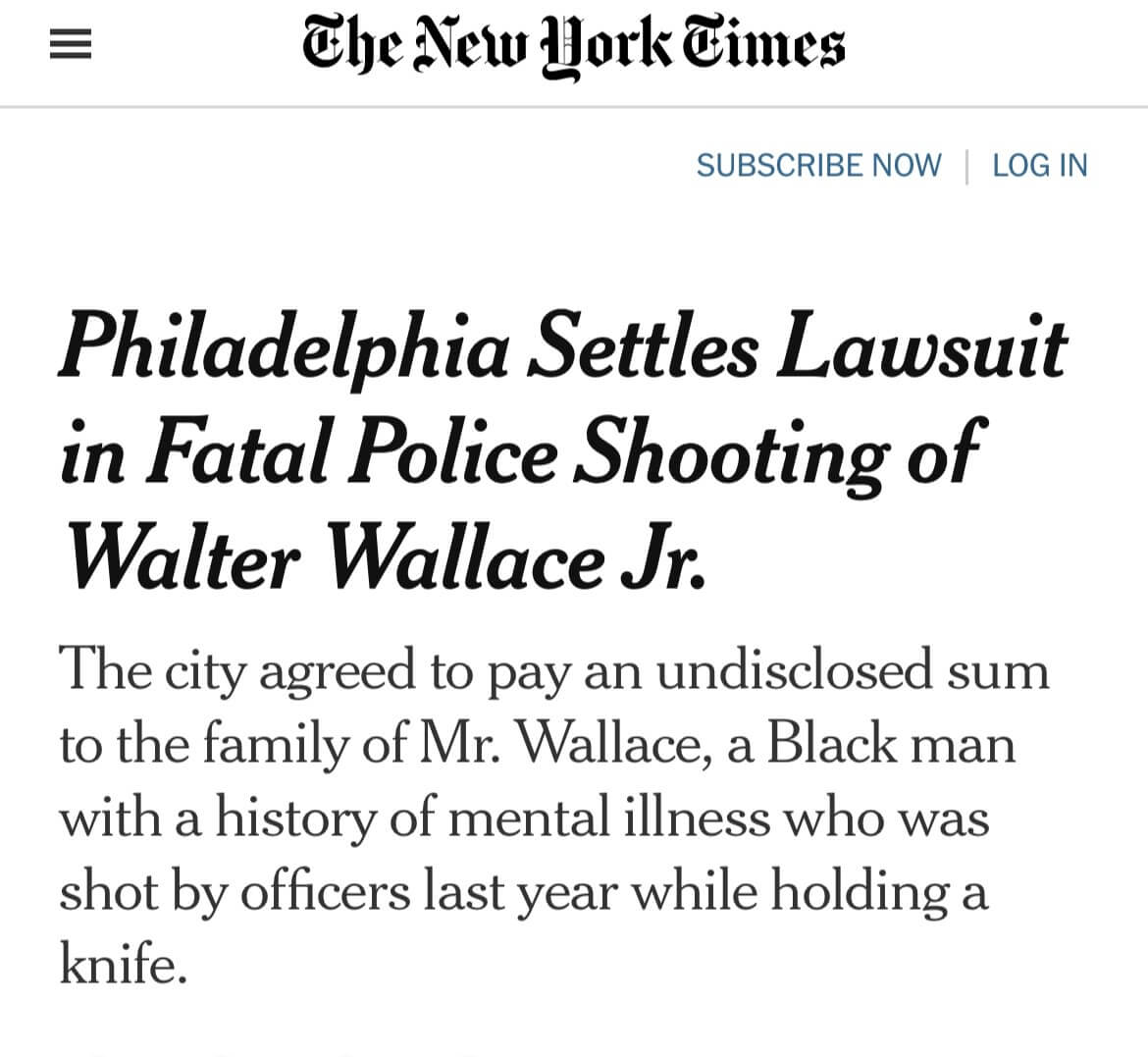 Due to family’s call for changes and the hard work of both firms, after a significantly protracted discussion with the City of Philadelphia, the city agreed to allocate 14 million dollars to the purchase of tasers for all uniformed police officers. Additionally, tasers are required to be worn on all officers’ duty belts, and all officers must be trained (not just those who are certified) in the use of tasers. In 2015, the Department of Justice made these exact recommendations but did not receive a commitment from the city. Now, these recommendations serve as Walter Wallace, Jr.’s lasting legacy—the City of Philadelphia was required to agree to the terms in court, and a judge signed the order to enforce the terms in November of 2021. Additionally, the Wallace family received a multi-million dollar settlement.

For the attorneys at Stampone O’Brien Dilsheimer Law, the accomplishments weren’t in the dollar amount of the settlement, but rather, the positive changes that were enacted. O’Brien elaborates, “The reforms and progress we achieved highlights our responsibility as trial lawyers to use our power and skills to make the world a safer and more just place for all of us.” He adds, “We take comfort in the fact that one day, the work of the Wallace family, and our partnering attorney Shaka Johnson, will result in the use of a taser in a high-stress situation. That’s a taser the officers would not have had on their duty belt if not for this agreement. And because of that, someone’s life will be saved. I won’t get a report, or a phone call, or see it in the newspaper, but someone, somewhere, will be alive because we held the city accountable.”

Stampone O’Brien Dilsheimer Law fights for causes, not just cases. O’Brien adds, “Even when it feels like progress is impossible, we fight. We take cases like this—cases that are meaningful—and we fight. We fight for a cause, and in this case, for the citizens of Philadelphia.”

Do you need representation?