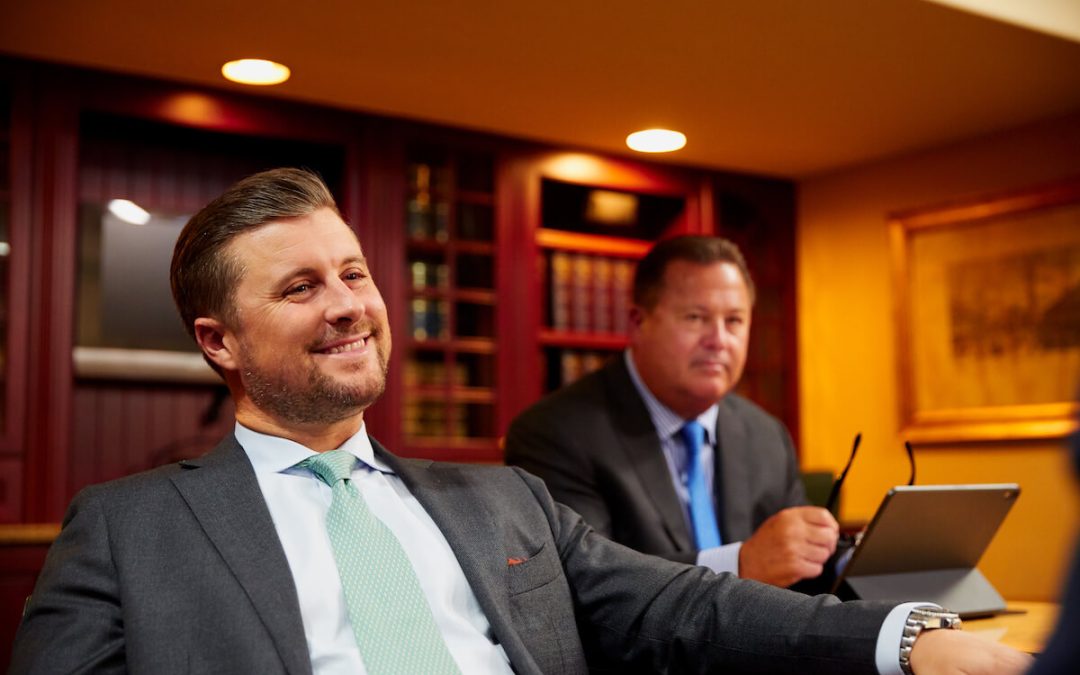 $2.6M SETTLEMENT: In May of 2017, a vehicle struck a pedestrian while he crossed a major highway in Florida. The victim sustained severe damages, including a traumatic brain injury. Moments after receiving a call from the victim’s father, Joe Stampone and Kevin O’Brien, along with our team of experts, initiated an investigation. Our first goal? Determine what actions by the driver and our client, the injured pedestrian, led to the accident.

The investigation started with a forensic inspection of the driver’s late-model Audi’s airbag control module and the accident site. We needed answers to a multitude of questions, including: Was the driver exceeding the speed limit? Did the road’s condition impact the vehicle’s ability to stop? Were there weather factors that came into play the night of the accident such as lighting conditions? Our extensive analysis of the module, combined with the driver’s statements and the crash site investigation, revealed the car was going between 50 and 60 miles per hour—over the posted speed limit—and there were no road conditions or weather reports that might have contributed to the accident. This information led us to ask the most important questions of all: where was our client coming from and why was he crossing this highway to begin with?

On the evening of the accident, we determined our client had been served alcohol at two different liquor establishments in the hours leading up to the collision. Immediately, we identified the locations and notified them of our ongoing investigation.We obtained the surveillance videos and credit card receipts that not only confirmed our client’s patronage at these establishments, but that he was grossly overserved. In fact, our client was served 20 drinks at the first establishment alone, and additional drinks at the second establishment. Following this shocking discovery, the establishments became our primary defendants.

It goes without saying that bars have a moral responsibility to ensure their patrons are consuming alcohol safely, but their legal responsibility changes from state to state. While some states require that you have proof an individual is intoxicated when they are served, Florida is a little different. O’Brien explains, “In Florida, liquor establishments can only be held responsible for injuries if you can: 1. Prove they served alcohol to a minor or 2. Prove they served alcohol to an individual with alcohol addiction. In order to prove the second point, we needed to identify whether they served our client at these locations prior to this evening and on how many occasions. It was through this investigation that we established that both locations had a pattern and practice of serving our client after he was severely intoxicated despite the knowledge that he had a problem with alcohol.”

Furthermore, during the discovery phase, we revealed that the establishments were unaware of Florida’s liquor liability laws and failed to properly train or educate their employees. Had they done so, our client would not have been served and the accident could have been avoided entirely.

Securing a Settlement To Help Pay for Recovery

After four and a half years and nearly 30 depositions, our attorneys led by Kevin O’Brien and Joe Stampone negotiated a settlement of $2.6 million dollars. Stampone adds, “Our client suffered a traumatic brain injury, and this will help pay for his recovery and help him return to work and his life. Moreover, this case is an acknowledgment to the whole liquor industry that you have to know the laws, provide training to your employees, and follow and enforce the laws. If you choose not to do that, and someone is injured, you will be held responsible.”

While many Florida attorneys told us we were fighting a losing battle, our firm expended significant financial and human resources to litigate this matter and obtain a large settlement for our client. That’s the Stampone O’Brien Dilsheimer Law difference. O’Brien explains, “Any time a defense attorney sees us enter the courtroom, they know that we are going to turn over every stone. There’s no end to which we won’t go to find the evidence, prove the case, and prevail for our clients.”