Joe is the founder and managing shareholder of Stampone O’Brien Dilsheimer Law since 1984.  His practice has focused on a variety of civil litigation and transactional matters, primarily complex personal injury matters, including motor vehicle accidents, product liability, construction accidents, and medical malpractice.

As an attorney with 40 years of experience, Joe continues to actively litigate catastrophic injury cases and has a keen interest in aerial photography as it relates to accident investigation, safety, and accident reconstruction.  Having been involved in the practice of law primarily in the personal injury field, he has gained invaluable knowledge and experience as it relates to product safety, vehicle safety, construction site safety, and an overall understanding of the various systems necessary to ensure the reduction and elimination of personal injury risks and hazards. 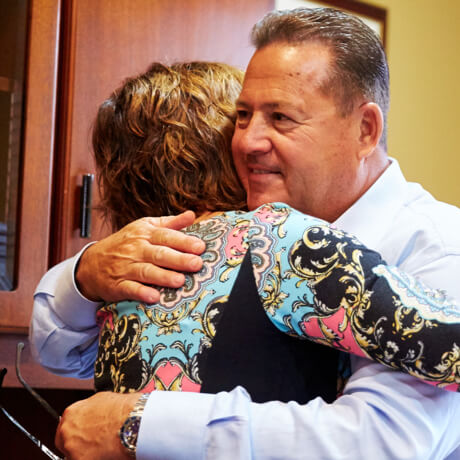 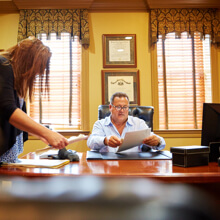 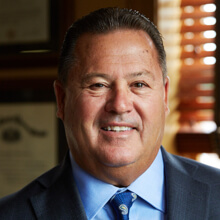 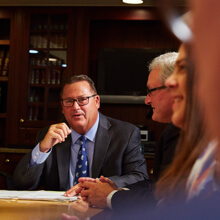 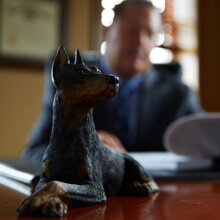 Joe is actively involved in the community, having served as an officer and commissioner of the Lower Gwynedd Little League; member of the Order of Sons of Italy in America, Tacony/Mayfair Lodge; and, former member and counsel to the United Independent Italian American Club, Philadelphia, Pennsylvania and the Torresdale-Mayfair Lion’s Club.  Joe served six terms as President of the National Italian American – Political Action Committee, formerly headquartered in Washington, D.C., where he has also served as a board member and executive committee member. He has also served as the Dinner Chair for NIA-PACs annual “Carnevale”.

Joe employs a hands-on, community-driven approach to representing his clients. Well before today’s social justice movement, Joe commissioned a mural of Lady Justice on his Montgomery County building. The mural, which was painted by world-renowned artist, Eric Okdeh, symbolizes Stampone O’Brien Dilsheimer Law’s unwavering commitment to defending its neighbors. Joe is also the title sponsor to the 18th Annual Stampone Law Tri the Wildwoods Triathlon; an award-winning event held at the Jersey Shore where Joe has been a homeowner since 1987. Community involvement is not just something Joe ingrained in the corporate culture of the firm, it’s a way of living.

Joe is also a board member of The Superhero Project, an organization which raises money to assist families with babies born prematurely and residing in the Neonatal Intensive Care Unit of the hospital. The Superhero Project also funds the installation of Angel Eye cameras in the NICU to allow parents and families to see their loved one when they are unable to be by their bedside.

In 2005, Joe was given the distinct honor of being Knighted in Rome, Italy as a “Cavalieri di Cristo” with the Templar Order of the Poor Knights of Christ. In 2009 and 2010, he received the Golden Justice Award at Pennsylvania Golden Gloves Eastern Regional Championships.  Joe also maintains Dual Citizenship as a citizen of the Republic of Italy.

Born and raised in Northeast Philadelphia, Joe’s interests include sports, cooking, boating, fishing, music and history. Joe is actively involved in commercial real estate development in Pennsylvania and South Florida. In his spare time Joe boats and fishes at the New Jersey shore and in South Florida and has coached High School, American Legion, AAU and Perkiomen Valley Twilight Men’s League Baseball. Through coaching Joe is able to share his passion for baseball with others.

He became very involved in baseball throughout his youth and attended LaSalle University on an Athletic Scholarship where he played Varsity Baseball for four years. In his senior year, he was named First Team All East Coast Conference and set numerous school records. Joe has also served as Varsity Baseball Coach of The Shipley School, Bryn Mawr, Pennsylvania and is the Founder of the Whiz Kids Baseball Club, an AAU level baseball program which has grown in size and prominence, becoming one of the premiere programs in the Northeast Region. He has also coached American Legion baseball and is formerly the owner and manager of the Plymouth Pirates of the Perkiomen Valley Twilight League, a semi-professional baseball club.